How big is your social network? 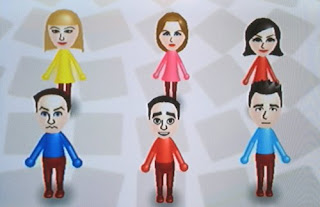 Can the cognitive capabilities of our brain set a limit to the maximum number of our acquaintances? Robin Dumbar, an anthropologist working at Oxford University, starting from the study of the social networks and the brain sizes of apes, suggested the size of our human brain should allow stable networks of 148-150 members.

Such quite small groups should allow to reduce bureaucracy, because almost everyone knows everyone elses. But sociologists make a distinction between one's wider network and the smaller "social core". With regard to this, Cameron Marlow, sociologist at Facebook, states that the average number of "friends" in Facebook is 120, even if women tend to have slightly more friends than men.

But, and this is consistent with the "social core" hypothesis, this average man (with 120 connections) generally responds to the postings of seven friends, while the average woman responds to 10. If we consider two-way communication (e-mails and chats), the average man interacts with 4 people, the woman with 6. When it comes to those who have networks of 500 people, the average men leave comments for 17 and communicate with 10 friends, women leave comments for 26 and communicate with 16.

In conclusion, it seems that, even though human beings can advertise themeselves in a more efficient way, they still have smaller circles of intimate friends.

Friendship as a Health Factor

Interesting interview with Jennifer Couzin on how behaviors (like obesity, smoking, and others) "spread" in social networks!

Listen to the interview
Posted by Michela at 9:45 am 1 comment: